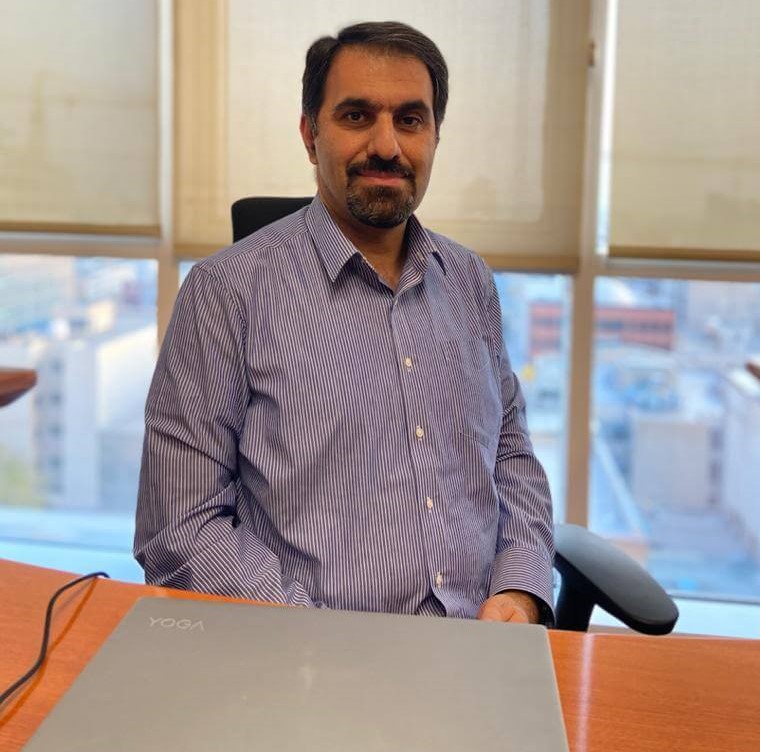 Mohammad Reza Dezfulian in his presentation stated that autonomous vehicles will revolutionize the future of the automotive industry with technology in transportation exerting a powerful influence over means of transportation both in public and commercial sectors. There are confusions about autonomous and driverless vehicles among people as if autonomous cars entail self-drive vehicles, which is not necessarily true. Autonomous vehicles will bring considerable advantages to the automotive industry. Safety, efficiency, and productivity are the main benefits of new technology for the transportation industry.

Mohammad Reza Dezfulian continued that commercial vehicles suited for different tasks and requirements range from a van or Luton tail lift to help the industry move a house to business operating purposes small vehicles. Light commercial self-drive vehicles have undergone different examinations and are used commonly in the autonomous industry which in many countries there are options to hire them for particular business purposes. Mohammad Reza Dezfulian defined that autonomous commercial vehicles provide many advantages including a big increase in fuel efficiency, improving safety in highways, reducing traffic congestions, and finally cutting greenhouse emissions. These vehicles can reduce fuel consumption by up to 5 percent and reduce operating costs by 50 percent. Commercial vehicles are listed under different categories such as trucks (box trucks also known as straight trucks, semi-trailer trucks, or articulated lorry) in addition to vans, buses, coaches, trailers, heavy equipment, travel trailers, and taxis. Besides the many advantages these unmanned vehicles bring to the industry at large, there are still concerns about the actual and prevalent utilization of these so-called self-drive commercial vehicles.

The required Infrastructure for enhancement of autonomous commercial vehicles

Mohammad Reza Dezfulian reiterated that with a lot of hurdles on the way, the most significant issue to be taken into account is the infrastructure both on the roads and the automation systems. He further pointed out that highly automated and even fully autonomous commercial vehicles can already be found in industrial areas for instance mining sites and ports wherein these controlled environments unexpected obstacles can be limited or sometimes eliminated. Whereas for the long-haul trucking sector in which there are a great need and highest efficiency potential for autonomy there is nothing but a predictable operating environment. The system needs to deputize more the diagnosis and in particular the reaction to detect. It is obvious that failure to detect (detect gaps, sensor or other faults) must be robust and instill confidence that these types of commercial vehicles i.e. especially heavy trucks are unassailable to the public roads. This system needs to be highly connected and controlled from a center to be called and regarded as a well-established redundant architecture in which every single sensor and communication lines, actuators, and controllers have a backup to be manipulated in case of individual faults. By using already-available components and actuators it could be highly effective to save weight and complexity compared to incorporating additional actuators. Available instances are active steering implemented to carry an electronic control and actuator backup or steer by brake which is an existing service brake. It is good news that if one compares today’s brake system that the driver applies a rear axil brake as a last resort in case of service brake failure with the EBS kind of brake in which the automated system will integrate the front axil and trailer brakes based on knowledge of performance and status and loading set up this systematic integrative advanced setup would be quite anticipative to rely on for future of CVs in terms of heavy-weight as well as light-weighted vehicles.

WLAN required for vehicles to communicate with other vehicles

Mohammad Reza Dezfulian added that the required infrastructure embodies another hurdle. It is clear that systems nowadays respond exclusively to the installed sensors in or on the vehicle where fully autonomous trucks need to communicate with other vehicles on the road and with traffic infrastructure systems as well which enables information outside the vehicle’s direct surroundings for instance road conditions on the stretch ahead, accidents or obstructions to be transferred into the vehicle’s control computers. This technology shortens safety and braking distances, improves the accuracy of vehicle control while minimizing errors. What is required for this is WLAN from one vehicle to another plus the latest 5G fast mobile internet. Thus transport within restricted areas as well as large construction sites appears to be the most likely initial disposition of driverless autonomous vehicles.

Mohammadreza Dezfulian concluded that with over ten years before autonomous commercial vehicles traveling on public roads, studies suggest that there will be significant future opportunities for these types of vehicles with the harmonization of international supervisory regulations which is a requirement for the market launch of this technology. As automation technology could provide commercial vehicle manufacturers with additional sales there are technology companies who want to play a key role in this newly developing market.