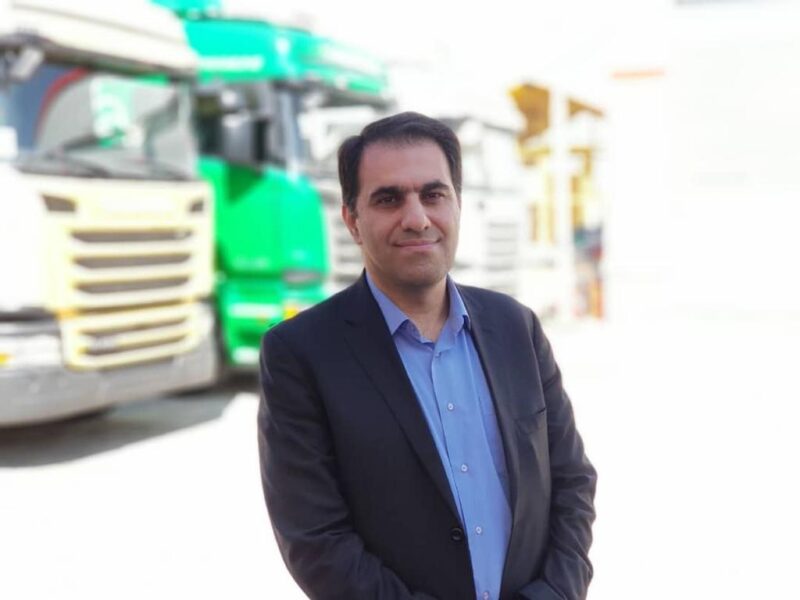 Mohammad Reza Dezfulian has given a speech on the electrification of the automotive industry and commercial vehicles in a webinar held for logistics university students.

In this webinar, Mohammad Reza Dezfulian stated that there have been many years as combustion engines are powering automotive around the globe when electrification in the automotive industry came for great help to save our planet and revolutionize the automotive industry like autonomous vehicles. Technological revolution amongst other natural use of electricity in the everyday aspect of our lives has been taken seriously as a particular yet advanced method to power vehicles recently. In fact, electric cars accounted for one-third of all the vehicles on the road.

What are the three main types of electric vehicles?

Mr. Dezfulian discussed some issues regarding the next steps in the electrification of the automotive industry. He continued by pointing out that there are three main types of electric vehicles classified by the degree that they use electricity as their energy source. Battery Electric Vehicles (BEV) which is the only vehicle capable of charging on a level 3 DC fast charge, Plug-in Hybrid Electric Vehicles (PHEV), and Hybrid Electric Vehicles (HEV). It is good news that according to the Global EV Outlook 2020, electric car sales had reached 2.1 million globally in 2019 which had surpassed the sales statistics in 2018. It was a record year to boost the stock to 7.2 million electric vehicles.

He put it further that, manufacturers such as Tesla and Nissan have been among many other manufacturers to mass-produce electric cars which seems to be a wise investment transforming a pipe dream into a reality at hand. Concerns are for many years to answer the question of longevity of electric power as a primary source, but it is the declining costs as more organizations adopt an electrification strategy with effective competing with regular vehicles in several markets around the world, it looks as though the future is brighter for the electric power. However, there have always been challenges on the way, those top-list manufacturers have been steady in what they aim to gain and lines of 400,000 customers have put down capitals to hold their place in line for vehicles that would not be out on the market until the end of 2017and 2018 to drive their Tesla model 3.

Mohammad Reza Dezfulian added that the future of electrification relies on enhancement, both in respect to passenger and commercial vehicles. Passenger vehicle manufacturers have been the solution to the increased consumption of electrification. Although the commercial vehicle sector has been slower on the uptake, this trend is anticipating a change in the now and future. As the range and battery efficiency have always been an issue, currently Original Equipment Manufacturers are seeking to increase the energy available within their fleets to forage by relying heavily on the improvements of cell chemistry in order to facilitate the power density of their battery packs. Heavy-load commercial vehicles on long-haul suburban journeys have confronted the issue of inefficiencies where current lithium-ion technology is not capable to help vehicles move from A to B. The focus for commercial vehicles in terms of electrification is for the fleet managers to reduce emissions in towns, cities, and the so-called areas as protected low-emission zones. This is where Advanced Battery Development Suite comes to existence which enables the company to characterize cell performance to push the boundaries of performance and thus make an increase in the levels of usable energy and ultimately EV range. The most significant aspect of electrification in commercial vehicle usage is that there will be less reliance on diesel-powered engines; however, they will not be completely faded since the need for diesel-powered cars will still be present. Mohammad Reza Dezfulian stated further that OEMs and companies like Horiba are still working to ensure whether the electrification option is viable or not, whether commercial vehicle engines could have the capacity to be powered by efficient fuels and technologies. Dezfulian added that undoubtedly, public and commercial vehicle consumption is growing, ultra-low emission vehicles will face the regulations of governments, hybrid and electric cars are still advantageous despite great deals of challenges on the way. There are multiple available options for development such as natural gas, hydrogen fuel cells, and chemical batteries which is foreseen to be handy in the future. By utilizing and capturing electrical energy, stringent emission regulations have been increased in recent years to replace hybrid and electric vehicles both in the public and commercial vehicles sector. In the long-run and minimum within a decade, the vehicle industry will see hybrid, fully commercial vehicles and hopefully fewer diesel vehicles on the roads.

Needless to mention that traditional parts suppliers, vehicle dealers, and many more sectors might adapt their strategy to the new landscape and take advantage of this long-term shift where suppliers, in particular, those involved in the manufacture of traditional engine components will likely be affected as there are far fewer individual parts in a battery powertrain than in a traditional combustion engine. Vehicle dealers would also face implications on top of it the revenue they generate and profits they make from servicing parts of the would-be conventional vehicles at the time, where industry estimations indicate a 60 percent less servicing fee for EV vehicles compared to the traditional vehicles in the future Mohammad Reza Dezfulian concluded.